BANG! You’re dead. Call the cops. Perp goes to jail. The wheels of justice at work. 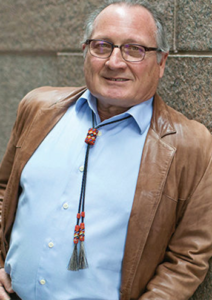 Yet not all justice is so fast. The wheels of racism, poverty, and disease grind relentlessly, slowly, perversely to an end just as deadly as the bullet that ripped that body. Disparities result from and persist due to baked-in drop-nets ensnaring those who are to be held back from power, self-destiny, and the rewards from hard work and following the rules. Have we noticed that non-majority people die earlier than the majority? Are sicker? Live on the edge? Are targeted with barrier after barrier that short-cuts the “good life”? It’s a life path that I call slow death.

Slow death, apparently, is just fine with society’s rule-makers and, truthfully, most of us, even those living in its bullseye. Fast death, like from gunshots, gets our attention. Gunshots are noisy and bloody. Slow death is a deep underground river of misery over which we blindly step. Paul Farmer, a social justice advocate and physician, has a special name for impediments to the “good life.” He calls it structural violence, which is not noisy, bloody, or even obvious to most people. It’s rooted in the fine print at that bank loan officer’s desk. It’s in the mind of police officers who, although perhaps unconsciously, are still more likely to shoot a non-majority citizen than one of their own kind. It’s the thought process of jurisprudence that is biased against the non-majority person. Subtly perceived as a threat to society, but for whom society has actually been the early and lifelong threat.

When and where does slow death begin? Early in life and everywhere. Consider the marketing ploy to trick little children into lifelong sugar addiction. There is a special shelf in every grocery store that contains the cartoon-plastered, sparkly box-cover of sweetened cereals. The food selling industry calls it the “pester shelf.” It’s located at a child’s eye level. The child’s brain (literally) is attracted by the box “art” designed explicitly with alluring cartoonish characters, smiling, laughing, costumed, delighting in the sea of sugar held within. Children want THAT friend and his goodies. So, they grab it and pester mom until she buys it. Sophisticated research, nowadays called “neuromarketing,” is considered good business practice. Really? Tricking children into sugar addiction? Bang. One quiet step toward slow death. Many more will follow: Bang. Fast-food fries. Bang. Cigarettes. Bang. Eviction. Bang. Heart attack. Bang. Early death.

Indigenous people die earliest in this country. They suffer too much diabetes, and hypertension that we now know is linked to a higher risk of brain injury resulting in loss of memory and thinking abilities. As a group, Indigenous people have less money than others, but money buys good food and nutrition education. Lack of money breeds food insecurity, poor access to the best food, and stress that comfort foods quell but cause obesity and diabetes. It’s a never-ending cycle. Indigenous people, perhaps more than others, experience the phenomenon of slow death.

Those living a life of long-term vulnerability and resultant toxic stress produce the statistics of health disparities. It’s not genetic. It’s not their fault. It’s the power and money system from which they have been distanced. Often forcefully and by calculated design of others. It’s quiet, it’s persistent, it’s sneaky, it’s under the radar, and it’s slow. Society’s rule-makers can easily hide their complicity in the slow death of thousands of non-majority people. People who would have lived longer and fuller lives had they been nested in the power and money systems available to others. Paradoxically, slow death is violent. Violent as it causes cruel, brutal bodily damage. Via stress-related chronic disease, toxic exposures, bad housing, unsafe vehicles, or substance abuse that inexorably result in group mortality at earlier ages than those in power. Little is done about disparities, whether it’s power disparities, economic disparities, or health disparities.