Breana, Tribal Public Health and Aging Associate, is a Southern California Native of the Gabrielino-Tongva Tribe who now resides in Central Oregon. She attended the University of California, Santa Barbara, majoring in EEMB Zoological Sciences, B.S. and minoring in both American Indian and Indigenous Studies and the Gevirtz Science and Mathematics Education minor. 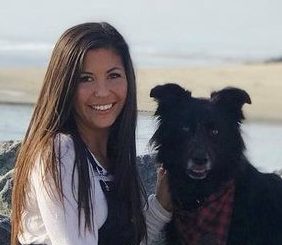 She was a member of the American Indian Student Association (AISA) and member then fourth-year president of the American Indian Science and Engineering Society (AISES). She was a co-creator of the S.T.A.N.D.S Conference at UCSB, providing education and resources for Native High School students from mentors and elders. She also interned in the Santa Barbara Wildlife Linkages Project granted by the AS Coastal Fund, where she then presented at the AISES National Conference in Minneapolis, MN.

She has always been passionate about education and outreach regarding Indigenous communities and environmental matters. She is actively involved in her tribal community. She works closely with her multi-generational family for federal recognition and has been an Anthropological monitor for sacred land protection. She spent time in animal rehabilitation at the Santa Barbara Marine Mammal Center and then in general animal care and management for 12 years. In animal care, she gained experience by becoming a more compassionate and empathetic person to all living beings. Breana is interested in the Public Health and research realm specializing in American Indian and Alaska Native communities in IA².