This article published on the National Institute on Aging’s website details the exciting finding that the apolipoprotein E gene APOE ε4 (APOE4), which is typically a genetic risk factor for Alzheimer’s disease, did not cause differences in brain volumes or cognitive performance in American Indian adults. 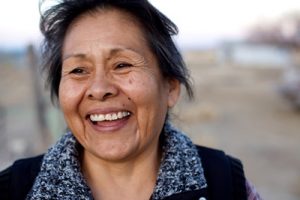 Previous studies of the Strong Heart Study cohort found that the prevalence of APOE4 in American Indian adults is similar to the prevalence in adults of European ancestry. These studies also showed that APOE4 is associated with common risk factors, including increased serum lipid levels, poor glucose control, and a history of cardiovascular disease, for neurodegeneration that leads to Alzheimer’s and related dementias. Despite these earlier findings, this study shows that APOE4 carrier status does not affect the brain structure or cognitive function in American Indian populations. The researchers present a hypothesis to explain these findings based on previous research in Indigenous populations.

To read the full article and learn more about this study, click here!