On August 5th at the 23rd National Indian Council on Aging (NICOA) American Indian Elders Conference, International Association on Indigenous Aging’s (IA2) co-founder and executive director Dave Baldridge received the Juana Lyon Award, recognizing his outstanding leadership and innovation in service delivery to American Indian and Alaska Native Elders. Dave’s colleagues and friends noted his 30 years of experience in Indigenous aging. The award highlighted his long-standing commitment to public service, his perseverance in facing adversity, and the impact his contributions have had on American Indian and Alaska Native elders and communities.

“Much of his work will be referenced for many years to come. It is difficult to summarize the results of Dave Baldridge’s advocacy and leadership over the past three decades, but I hope this conveys adequately why Dave’s merits NICOA’s distinguished Juana Lyon Award.” 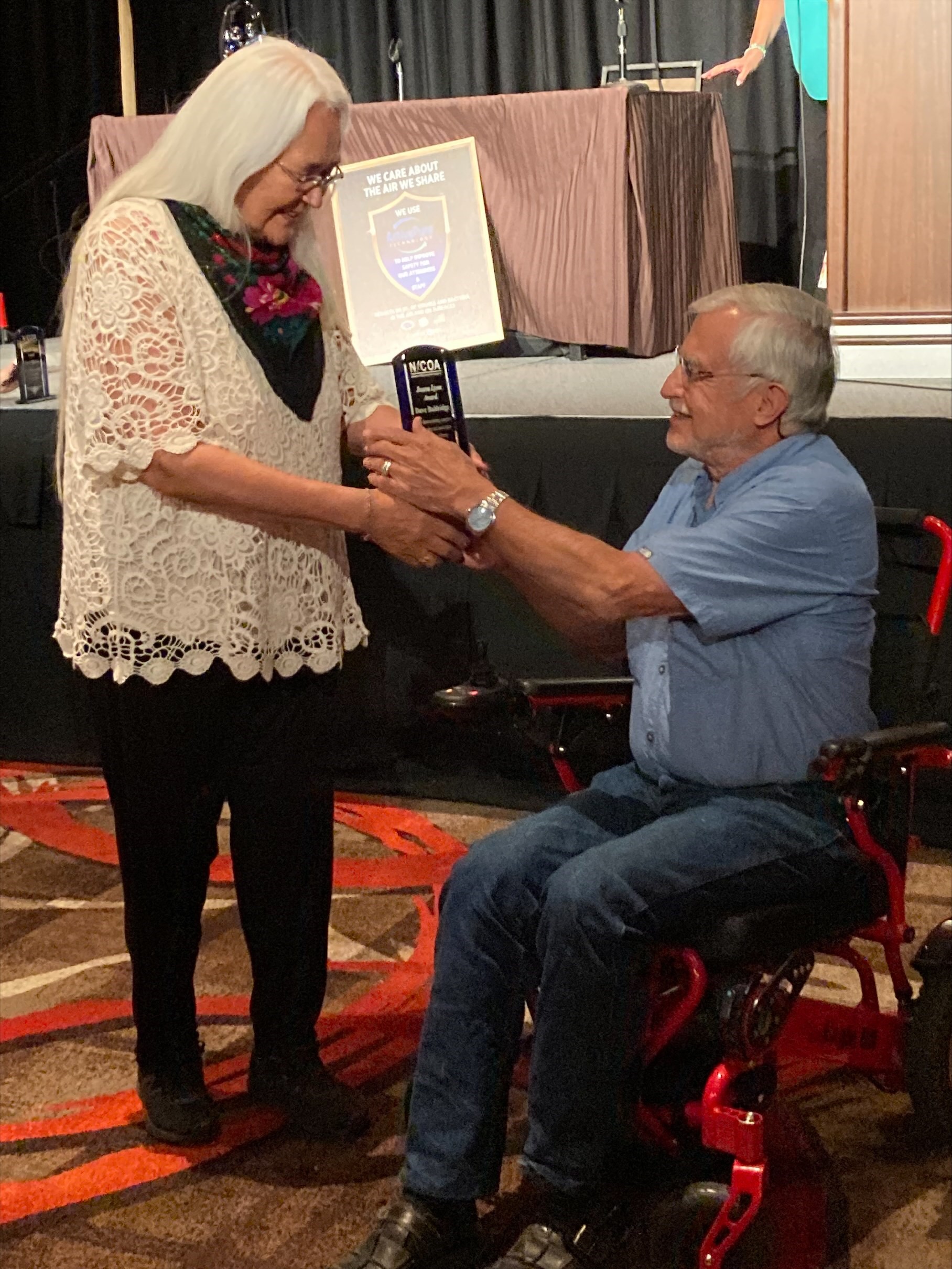 This award was presented by the National Indian Council on Aging (NICOA) in honor of Juana Lyon, a former NICOA Executive Director. Lyon was a fighter and believed that “the nation’s Indian tribes had a right to exist, complete with its languages, cultures, histories, and traditions.” Lyon was a fierce intellect with “an uncanny ability to understand and foresee the world we were to inherit.” Dave and Lyon, both former NICOA Executive Directors, are role models to those working to support elders as they age.

Dave’s decades of accomplishments include the first statutorily dedicated Older Americans Act Title V Senior Community Service Employment Program funding for elders through NICOA, the first-ever use of geo-spatial mapping technology used to map the distribution of diabetes in American Indian and Alaska Native communities, establishing IA2 as the national leader in addressing Alzheimer’s disease and other dementias among AI/AN populations, and much more. Dave’s many publications on issues affecting AI/AN elders continue to be in the literature and popular press, such as the Huffington Post.

Dave reflected on this accomplishment by stating:

“This is one of the greatest honors of my life. I want to thank Larry Curley and the NICOA board for this honor and their continuing national leadership in Indian aging issues.”

Congratulations to Dave Baldrige on receiving this well-deserved honor. We are grateful to NICOA and their recognition of Dave’s work, and we at IA2 are thankful for the opportunity to work with and learn from such an accomplished advocate.