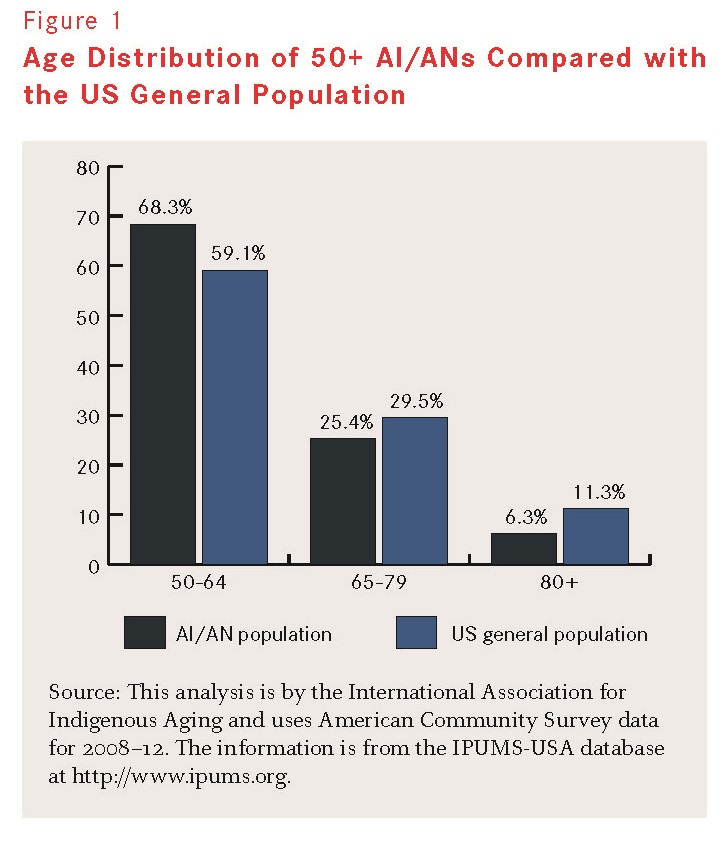 Older American Indians and Alaska Natives (AI/ANs) constitute a population that will grow substantially over the next 30 years. Such growth follows an increase over the previous decade that is nearly three times more than other races. Numbers of AI/ANs ages 65 and over will triple, and the oldest cohort (ages 85 and over) is projected to increase more than sevenfold by 2050. The socioeconomic and health cover- age disparities that have historically characterized their lives remain, to a large extent, unresolved. This report outlines the demographics of this growing cohort and concludes with recommendations for coordinating programmatic resources to better serve it. 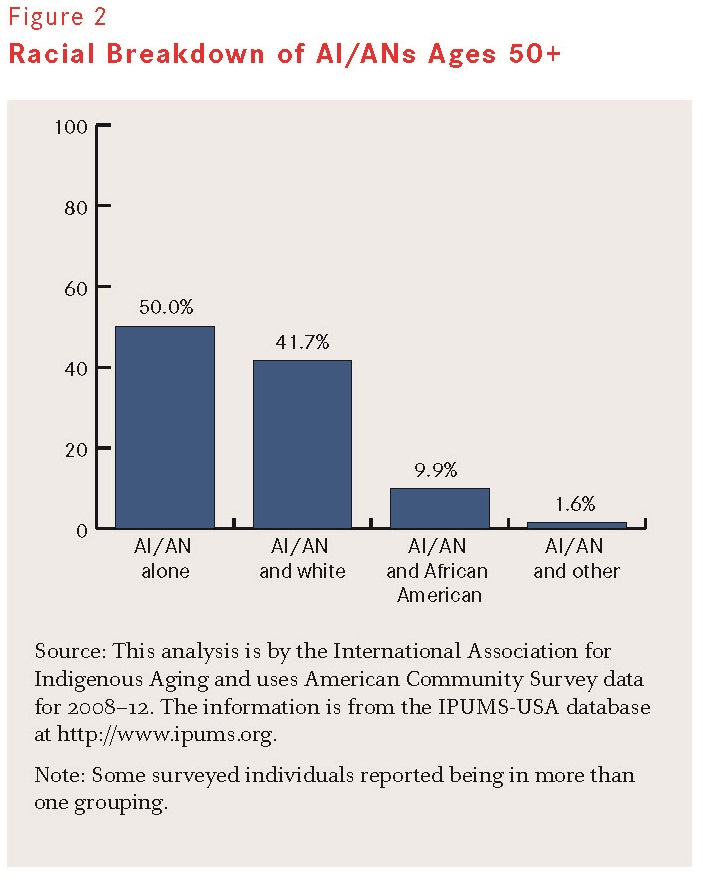 This report uses American Community Survey (ACS) data from the US Census to provide a national overview Race Breakdown from AARP AIAN Report_20151117-2of demographic and social characteristics of those AI/ANs ages 50 years or older. Population-based data contribute to informing policy, establishing funding priorities, and antic- ipating service needs. Although information is available about the AI/AN population as a whole, relatively little is known about older AI/ANs.