October 10, 2022A statement from Dave Baldridge (Cherokee), Board Member and Executive Director for the International Association for Indigenous Aging (IA²).The International Association for Indigenous Aging (IA²) joins Indigenous people and organizations around the nation – and the world – in celebrating Indigenous Peoples’ Day. An official U.S. holiday as of 2021, the day has replaced Columbus Day by many people across the world beginning in 1977. It is celebrated to honor the past, present, and future of American Indian and Alaska Native peoples throughout the nation. According to DoSomething.org, it also recognizes the long-term legacy and impact of colonialism on Indigenous communities. It is celebrated on the second Monday of October (Oct. 10th this year) and is officially recognized by the U.S. Government, 14 states, and more than 130 U.S. cities.

American Indians and Alaska Natives (about two percent of the nation’s overall population) still experience the negative legacy of colonialism, resulting from the violence and oppression symbolized by Columbus and subsequent European colonizers. One of the enduring legacies of this history is the disproportionate rates of chronic illnesses, including Alzheimer’s disease, diabetes, and many others, among American Indian and Alaska Native peoples.

IA²’s mission is to improve the lives and well-being of Indigenous elders. We are committed to combating the many health care disparities and other inequities facing Indigenous elders, their families, and communities.

Today, the holiday represents an opportunity to acknowledge the long-standing and ongoing contributions and identities of Indigenous peoples, and to honor American Indian and Alaska Native members of more than 500 tribes. The nation’s Indigenous communities continue to seek fair Federal and state policies, and for adequate representation, equality, and justice. 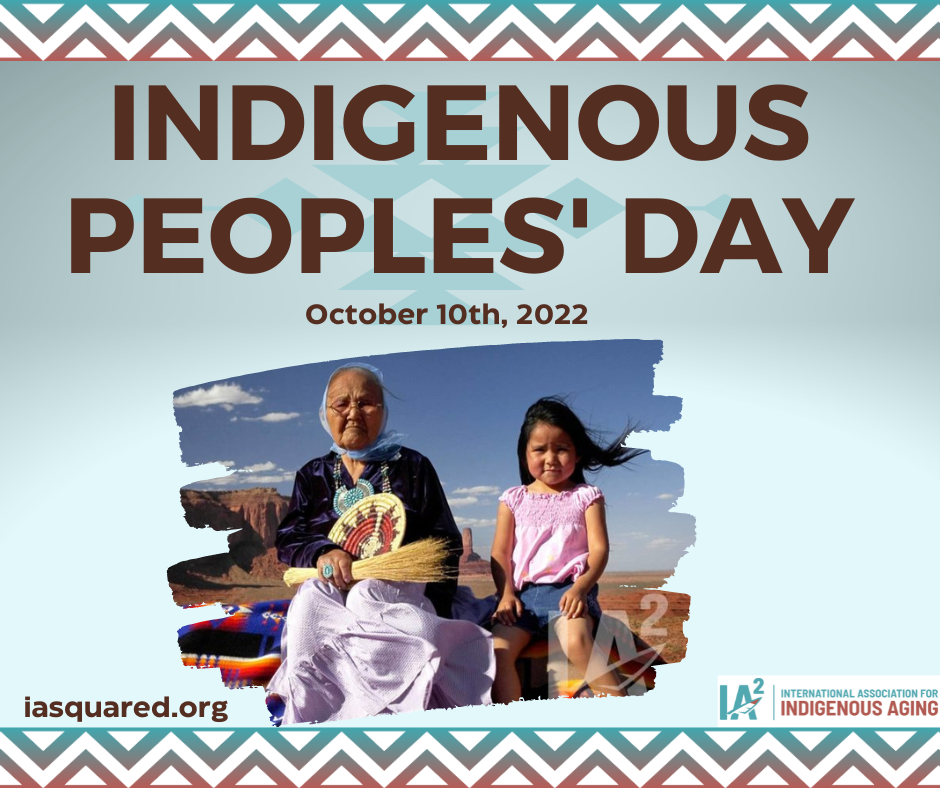