Typically an article with a title like “The Costs of Treating all cause Dementia among American Indians and Alaska Native adults“ would seem like a snoozer, but the findings of Dr. Joan O’Connell and her team are anything but.

Based on Indian Health Service data, O’Conell’s team found that the average treatment costs for adults with dementia were more than $5,000 higher than costs for adults without dementia. These and other dementia care insights from this study could be a key to catching the attention of tribal health authorities and leaders. 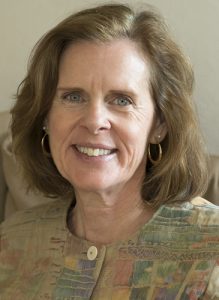 Dr. O’Connell shared her thoughts recently by phone interview for this article. As principal investigator of a Patient Centered Outcomes Research Institute (PCORI)-funded project, O’Connell leads a study of diabetes and cardiovascular disease among American Indian and Alaska Native (AI/AN) people in the U.S. The study uses data from seven years of records for AI/AN people who obtain services from the Indian Health Service and tribal providers.

The quest began because little is known about treatment patterns and costs for American Indian and Alaska Native people living with dementia.

“We were encouraged by a number of experts, including Dr. Blythe Winchester, a geriatrician at the Cherokee Indian Hospital and the Chief Clinical Consultant for Geriatrics and Palliative Care at the Indian Health Service, to conduct this analysis because they believed that bringing the cost information forward would be a way to inspire action and more awareness that dementia is a real and growing health problem in tribal communities and health programs, not rare.”

Dr. O’Connell explained, “In addition to the costs of treating dementia, people with dementia have multiple chronic diseases for which their problems with memory and thinking likely complicate the management of those other conditions. A large percentage of patients with dementia also have diabetes and cardiovascular disease.”

These insights may help tribal health authorities think differently about dementia care and support, including the need to also account for added chronic diseases, not just dementia.

Brain health promotion, which includes preventing and mitigating the effects of diabetes and cardiovascular disease, promotes tight blood pressure management, and up to a dozen known risk factors for dementia, is just starting to gain some attention in tribal communities.

“I’m also curious about our finding that the biggest source of the difference in cost of care is the cost of hospital inpatient care. We are currently working to understand reasons for those hospitalizations by gathering information that can be used to potentially prevent some admissions.” New quality of care initiatives are also beginning to address this area of dementia care.

In addition to engaging with with tribal health authorities, tribal health leaders can be encouraged to review this data, consider the implications for their own communities, and identify action steps they could take to address these issues.

The International Association for Indigenous Aging has an online Brain Health Resource Library and Caregiving Resource Library specifically for American Indian and Alaska Native people and communities. To learn more about staggering dementia-related healthcare costs check out this recent featured post on the IA2 website, Facts and Figures on Dementia, Mild Cognitive Impairment, and Early Diagnosis with Highlights for native Communities.  (See page 60 of the full report.)