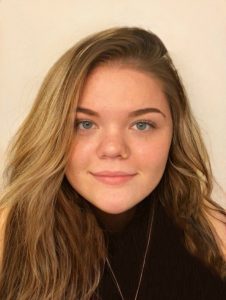 Allison Miles, intern, university student, and volunteer, received an Associate’s in General Studies from Northern Virginia Community College in 2017. She is now working toward graduating from George Mason University with a major in Community Health alongside a minor in Health and Social Policy, with a concentration in Global Health. During her time at George Mason University she cycled through various career paths, but after gaining some knowledge in health advocacy, she ultimately realized that her passion lies in helping those living in disparaged U.S. communities as well as social determinants of health for Black, Indigenous, and people of color.
Her other topics of interest include healthcare politics and policy, women’s reproductive rights, and health geography. In the near future, Allison plans to conduct a systematic review on the correlation between hydraulic fracturing and sex crimes committed against Native women by non-Natives in the Midwest, and conduct research on the differences between the methods of sex education offered in U.S. and European schools.
Predominantly, Allison is interested in finding successful solutions to legal and ethical issues in human and health services in the U.S. by focusing on giving minorities a platform to share their viewpoints on state and federal legislation, and researching ways to protect and preserve tribal communities’ rights.